The Hackable City is a research project that explores the potential for new modes of collaborative citymaking in a network society. The area of Buiksloterham in Amsterdam is our primary case study. 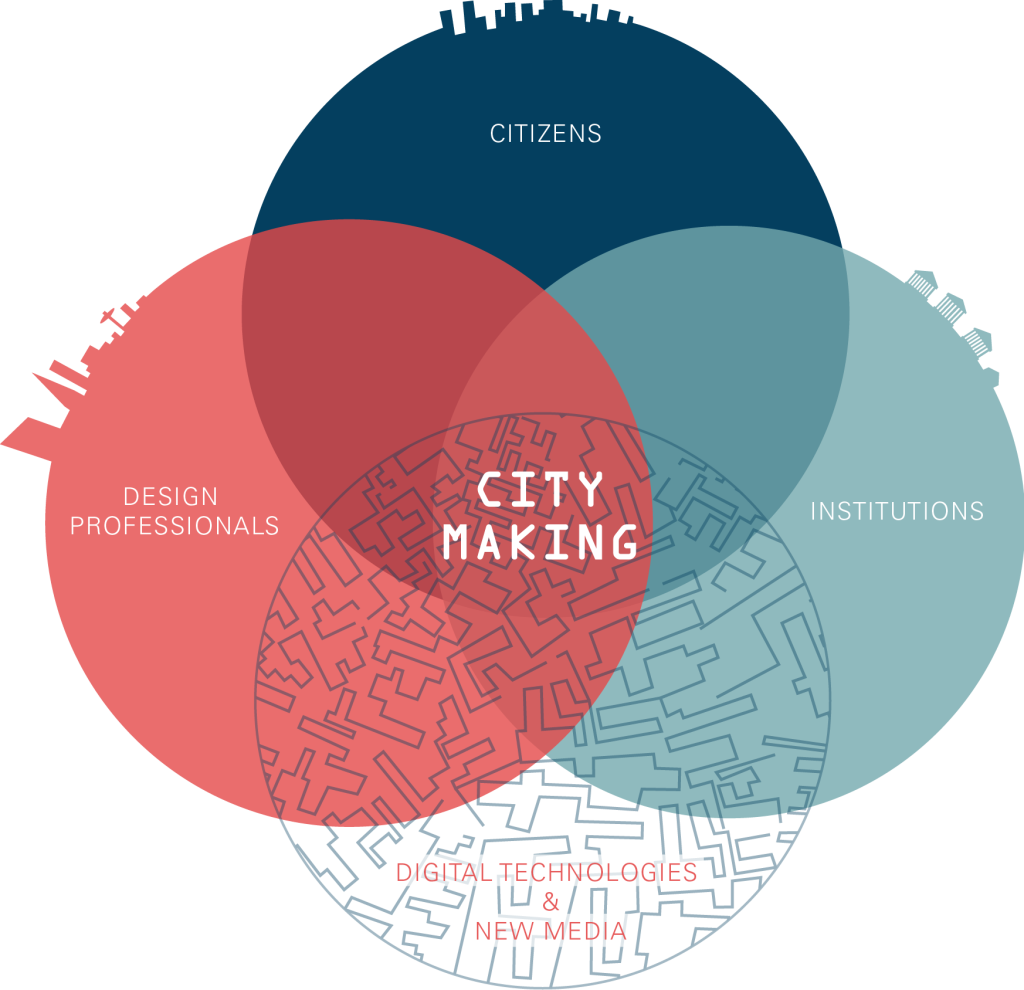 The Hackable City (normative definition):  In a hackable city, new media technologies are employed to open up urban institutions and infrastructures to systemic change in the public interest. It combines top-down smart-city technologies with bottom-up ‘smart citizen’ initiatives. In a hackable city, the urban (data) infrastructure functions as a platform that can be appropriated and incrementally improved upon by various stakeholders.

The Hackable City (research project):  The goal of this research project is to explore the opportunities as well as challenges of the rise of new media technologies for an open, democratic process of collaborative citymaking. How can citizens, design professionals, local government institutions and others employ digital media platforms in collaborative processes of urban planning, management and social organization, to contribute to a liveable and resilient city, with a strong social fabric?

Hackable citymaking revolves around the organization of individuals into collectives or publics, often through or with the aid of a digital media platform. Individuals contribute resources, such as knowledge, time, information or money, and at the same time reap some form of a benefit, be it social, economic or political, on an individual or communal level.

These collective projects are often (though not always) initiated and managed by professionals who have started to broaden their workfields. They are no longer ‘just’ designers, but have taken up the role of community organizers, fundraisers, storytellers, project developers, etc.

The collectives act within legal and democratic frameworks, often making use of resources or infrastructure provided by the city at large. Hackable Citymaking makes this relationship between collectives and institutions interactive. How can the governing and administrative institutions of the city learn from the initiatives taken by these collectives, and adjust their frameworks accordingly?

The first contours for this project were laid out by One Architecture and The Mobile City during the Metropool NL workshop organized by the Deltametropool Society in 2012, resulting in the publication Eindhoven, Hackable World City.

This was followed by an ‘embedded researcher’ project executed by Cristina Ampatzidou, hosted at the University of Amsterdam and One Architecture and funded by the Creative Industries Research Centre Amsterdam, with contributions from Utrecht University.

In 2013 funding was received from the Netherlands Organization for Scientific Research (NWO) for a KIEM-exploration (lead by Michiel de Lange at Utrecht University). And in 2014 NWO funded this as a Creative Industries research project hosted at the University of Amsterdam, The Amsterdam University of Applied Sciences (AUAS), and One Architecture. For the latter, new partners joined the research coalition: The Ministry of the Interior and Kingdom Relations, Pakhuis de Zwijger, and Stadslab Buiksloterham.