Here’s  the abstract of our paper:

Over the last few years, the term ‘smart cities’ has gained traction in academic, industry, and policy debates about the deployment of new media technologies in urban settings. It is mostly used to describe and market technologies that make city infrastructures more efficient, and personalize the experience of the city. Here, we want to propose the notion of ‘ownership’ as a lens to take an alternative look at the role of urban new media in the city. With the notion of ownership we seek to investigate how digital media and culture allow citizens to engage with, organize around and act upon collective issues and engage in co–creating the social fabric and built form of the city. Taking ownership as the point of departure, we wish to broaden the debate about the role of new media technologies in urban design from an infrastructural to a social point of view, or from ‘city management’ to ‘city making.’ 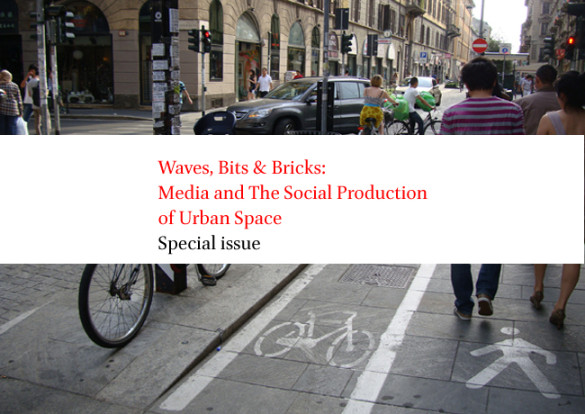